There are a lot of people who think sushi is just some bits of fish or vegetables wrapped up in rice. And they are partially right: that is sushi, but that is only one kind of sushi. There are a lot of different things that go under the broad classification of sushi.

Norimaki may also be called makizushi. Not only is norimaki its name, it's also descriptive of what kind of sushi this is. This is the form that most people are familiar with. It is fish, vegetables, or both, rolled up with rice and wrapped in seaweed. The seaweed wrap is called nori and the word maki is Japanese for roll: together norimaki. California rolls are a kind of norimaki. Similar to norimaki, there is uramaki, which is basically just inside out sushi. The filling is still in the middle, but the nori comes next and then the rice. These rolls are generally rolled in something like sesame seeds so that the pieces don't stick to each other.

Temari is a less common form of sushi. It is made from a ball of pressed rice, easy to be grabbed and eaten. On top of that ball. you can find sashimi, which is thin slices of raw fish, or smoked or cured fish. On top of the fish, there are usually things like seeds or fish roe. Temari is simple to make at home, which means that it shows up more commonly in homes and restaurants than in stores. It can also be very decorative, depending on what additions the maker wants to put on the sushi or how the fish is cut. For example, it would be very easy to make temari that looks like flowers just by using small, very thin slices of fish and layering them in the right way, using fish roe in the center of the "flower".

Nigiri is the purest form of sushi. It is just a cylinder of rice and a topping, most commonly sashimi, but it could also be vegetables or cured fish. It is a perfectly acceptable finger food, but if you're going to dip it in soy sauce, you will want to make sure that you have plenty of napkins around.

If you think that sushi is just raw fish wrapped in rice and seaweed, you may be surprised to find out that sushi is made up of many different styles. Knowing this will hopefully improve your experience and knowledge the next time you order sushi at a restaurant. For more information about the different types of sushi, contact a sushi restaurant such as House of Kobe. 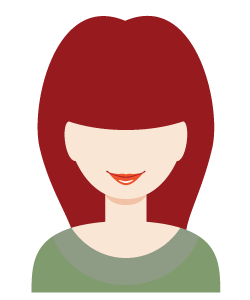 After I had kids, I realized that there were some serious issues with the way we were eating. We started enjoying healthier meals, but I still wanted to make the process fun and interesting for our children. To make things better, I started cooking with my kids instead of for my kids. It was really cool to watch their faces light up as we made pizza or learned more about how ice cream was really made. I decided to start a little website that centered around teaching kids to cook, because they can help in the kitchen too. I hope you enjoy these articles!